Reaction Videos of the Mandalorian

Let me start out by saying, “I am a Star Wars fan!”

One thing I love about Star Wars is the kind of culture that it has become. Star Wars soars past being a niche in the hearts of geeks and children, but has grown into a global culture for kids of all ages (some 80 years young). Somewhere, someone right now is being exposed to the Star Wars Universe for the first time and at the same time, somewhere there is someone watching A New Hope for the 100th time. There is no doubt that Star Wars is a global-culture phenomenon.

Recently, Disney+ released Season Two of The Mandalorian and only a few weeks ago, released the last episode of that season.

Honestly, I didn’t really like the Mandalorian series. I was deeply persuaded by my own desires and dislikes that I couldn’t bear to watch many of the episodes. I thought that the actor who was playing the Mandalorian was a much better actor than they were letting him be. I was upset and angry at the cuteness of baby Yoda aka Gorgu and felt that the story was moving so slow, even though it was telling the same story (as is my opinion of every Star Wars movie). And my own personal gripe with Jon Favreau (like how did he get such a sweet gig!).

That being said, the last episode had a special appearance by Luke Skywalker, in his post Return of the Jedi face. When I learned about it, it didn’t phase me. But when I started to watch some reaction videos, I became intrigued.

Reaction Videos are recordings of people who let you see their reaction to events on the screen as they happen. It’s assumed that they have never seen or heard about the movie/tv show and their reactions are genuine. I would make a very poor choice for a reaction video. I am low energy and even when I’m really excited, I would first melt into a puddle of tears than jumping up and down! That’s just me, but most reaction video makers are over the top and that’s what people want to see.

WARNING: Some of these video’s contain cuss words you may not want to hear, so be warned if you search for them.

It’s okay to be a FANatic! 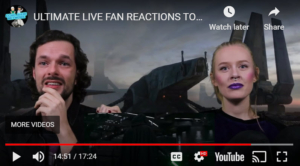 As I watched a couple sitting side by side, a man on the left and a woman on the right, I looked at them both and then glanced down at the little video that they were watching. Seeing both their faces and the video was key to knowing what impacted their viewing.

In the scene, an X-Wing fighter flies in view of the camera. Immediately, the man’s eyes widened and his mouth opened. The woman next to him also reacted the same way, but she turned to look at the man with concern in her eyes.

The scene continued and the character was seen through an old one-color video monitor, the character had a glowing sword in his hand, the man watching the scene, his eyes began to water and the girl glanced at him again and reached out and put her arm around his shoulders.

Then, the camera changed from the shot of the video monitor to the actual character, walking out in front of the camera’s view holding a green lightsaber.

That was all it took and the man in the reaction video was weeping and shaking. The woman, was rubbing his shoulders, comforting him. She also was crying. 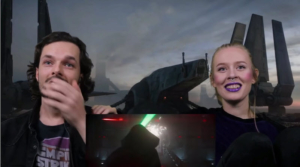 I have to admit that I thought that that was ridiculous. Crying over the appearance of a character?

I have cried at many a movie, most recently, Hamilton, but it wasn’t because George Washington appeared.

I understood the emotional connection that good storytelling can produced, but watching this and then a few more reaction videos of the same scene I came to a conclusion.

“This is how I feel when I am in the presence of God.” 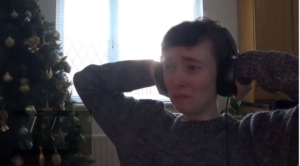 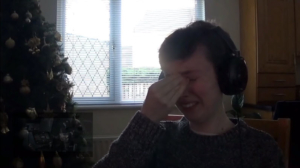 For a moment, these people were experiencing what it felt like to be in the presence of the divine. Some laughed, others cried, some rejoiced and it was all from their imagination.

Are You a Fanatic for God?

When you come into the presence of God how do you react?

Do you eagerly watch, hoping that your rescuer would appear? Do you get chills when what you experience, looks like God is about to appear?

Are you overcome with emotion when you finally realize that it is Him showing up on the scene.

Watching these reactions videos I realized that these people were displaying worship, praise and adoration for an imaginary person that they have grown to love by spending time with the movies, tv shows, books, magazines… in another word — the words. 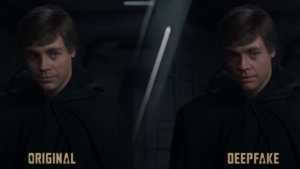 Yet, some of those same people are moved to tears and weep at the appearance of a digitally enhanced face of a fictional character. They amass collections of objects, stories and pictures to immerse themselves into a fictional reality and allow that fictional reality to control how they live.

My purpose for this article is not to legitimize Christian faith by comparing it to Star War’s faith, but to emphasize how we, as Christians, should react when we come into God’s presence.

We should be like these Reaction Video participants, eager, emotional and expecting something exciting. We should be surrounded by those we love and are of the same mind, so that when He appears we can be in awe together.

You will make known to me the path of life;
In Your presence is fullness of joy;
In Your right hand there are pleasures forever. 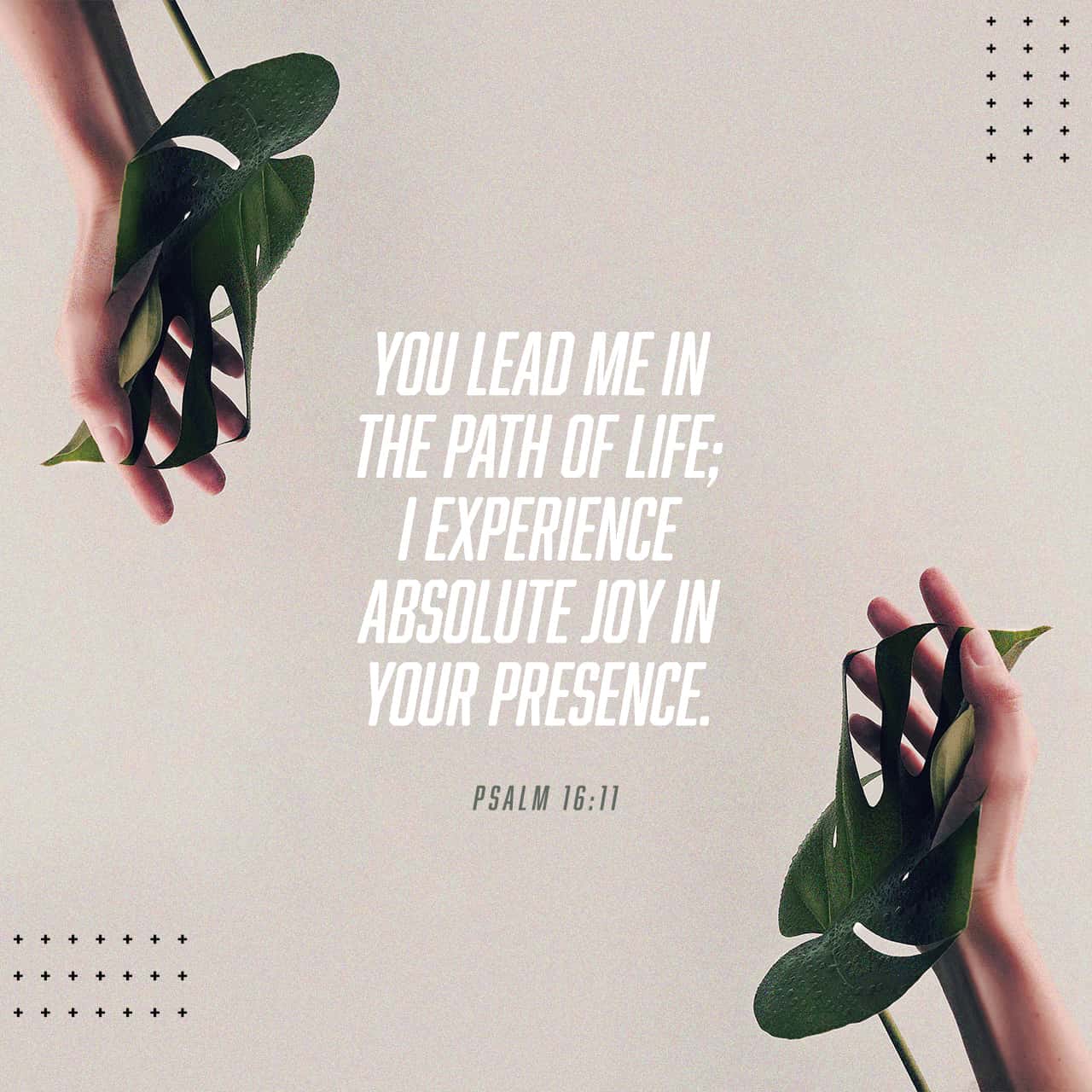