Miami-Dade County was a disaster area. It was shocking to drive down US 1 and see trees snapped in two, nurseries broken and tattered and no street lights. I was pleased to see that everyone approached the intersections with caution and acted as if it were a four-way stop sign. Drivers were courteous and patient. A few days later that wouldn’t be the case. Everyone began to be in a rush again. Thankfully, cops were on hand to help the busiest intersections avoid accidents. 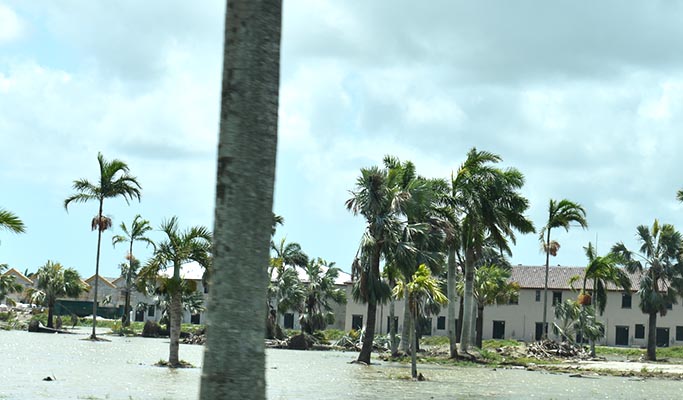 Could have been worse

Many times we tell ourselves, "It could have been worse" to help us feel grateful about what remains. Yet, the cost of this storm will be in the billions and recovery will take weeks. No matter how big the storm, water and winds bring damage. We need to prepare for the "worse" it could be. 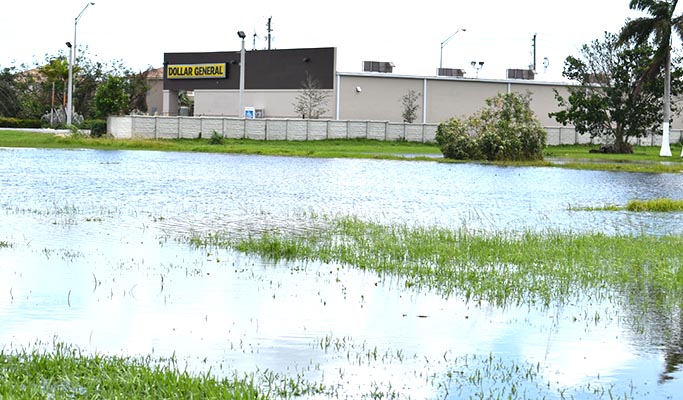 Even though there was now a lake by Dollar General, it was open the Monday after the store. Intelligently they were allowing a few people to go in at a time. I stocked up on some empty carbs, just in case our post-storm food supplies run low. 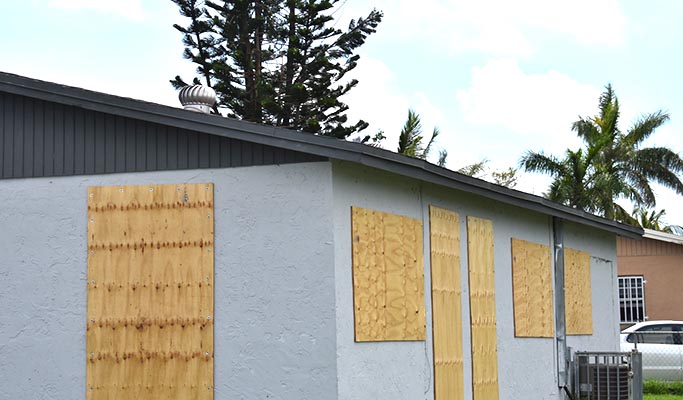 Not everyone has metal shutters. Plywood sold out days before the storm as people covered their windows. Protection against flying objects is the main concern. Objects flying during a hurricane can cause injury to property and lives.
Need Hurricane Shutters or doors? Check out Reliable Contractors in South Miami. 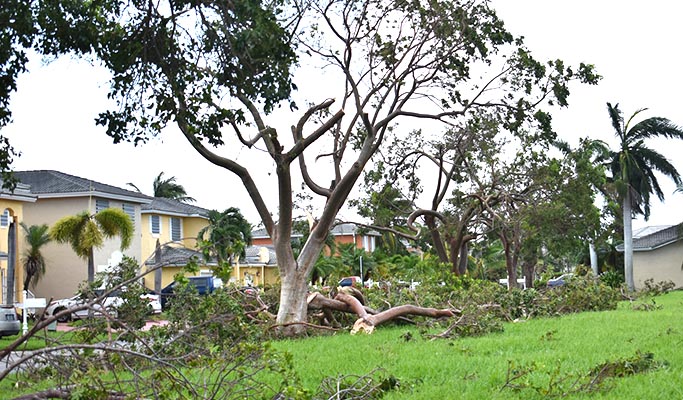 The Strong get toppled

The community of Biscayne Pointe II was devastated by toppled trees and knocked down fences. Thankfully, most homes looked fine from the outside, although there was sure to be damage to tiles and roofs. 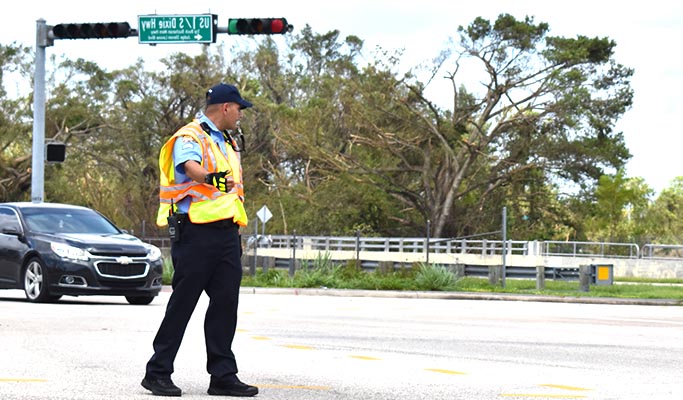 Miami Dade, Homestead and other local police were on hand to make sure that we all arrived home safely. This was taken on Monday, the day after the storm on US 1. I felt like most people were cooperating and giving oncoming traffic an opportunity to cross the intersection safely.
Jesse Velez2017-09-25T14:32:41-04:00

Miami-Dade County was a disaster area. It was shocking to drive down US 1 and see trees snapped in two, nurseries broken and tattered and no street lights. I was pleased to see that [...]

Hurricane Irma 2017 – Riding out the Storm

Riding out the storm can be more comforting when you are doing it with friends. We were blessed to ride it out at Susie and Cristiano's house. In total we were eleven people of [...]

Miami-Dade issues a mandatory evacuation. It isn't easy to hear that you've been ordered to evacuate your home. Knowing that we can't take it all with us, I came up with the idea that [...]

Hurricane Irma is my first real hurricane experience. Even though I have lived in hurricane prone Puerto Rico, I haven't experienced a storm as threatening as Hurricane Irma. Here is my post-hurricane review of [...]